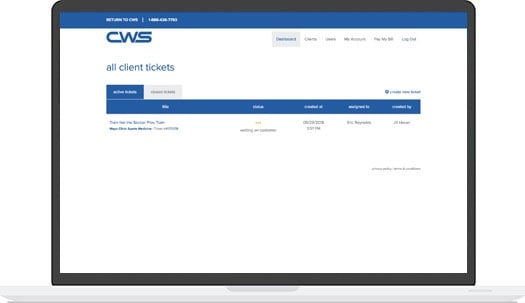 For those who haven’t heard...Google made a mistake. Yes, even seemingly perfect corporate giants like Google can mess up. On April 1st, boy, did they mess up big time.

For those who have heard about it, how do you feel about what happened? This is an important question to ask yourself if you are a business owner, manager, or someone with the authority to suggest a gag campaign such as the Google Mic Drop.

Google added a feature to Gmail called the “Send + Mic Drop” that did 2 things. (1) it delivered a GIF of the Minion character into the conversation and (2) it removed the sender from seeing any new emails in that thread. Essentially, it abruptly took you out of the conversation.

Hundreds of Gmail users were irate by the new feature for many reasons. One of the primary issues was that this “Send + Mic Drop” button was too close to the “Send” and “Send & Archive” buttons. People who wanted to send an email mistakenly used Mic Drop and dropped themselves from conversations, causing confusion and anger among recipients. There have been reports of people having lost their jobs and relationships due to this feature. Yikes!

Long story short, Google apologized, so life has gone on!

We can all agree that Google made a mistake, but here’s the bigger question:

Where is the line drawn between a funny, viral-worthy prank and a risky, reputation-damaging mistake?

Here are some takeaways from the Google Mic Drop prank:

Google’s cardboard plastic is a great example of a product that is so outlandish and obvious, that it’s simply hilarious, especially since they took a great amount of effort to promote it. 99% of customers get that this isn’t a real invention meant for purchase.

Where Google Mic Drop went wrong: This tool was disguised as a feature that customers might actually use. It wasn’t an obvious gag, and it was placed directly into the user’s path.

Not everyone is in the mood for April Fools’ Day, so not everyone is on the lookout for gags, especially in their daily routine. Gmail is one of the top email tools in the world. To tie in a fake feature into the user’s personal and professional routine is incredibly risky. As Google showed us, many did not find it amusing.

Your customers are everything to your business, and a reputation is incredibly fragile. Know what your audience would and wouldn’t expect from you if you participate in a gag. Expedia’s new “Ginge-Air” airline promo, was brilliant, of course, but it worked because they know their audience. Expedia is well known for pulling similar gags. In fact, their audience expects them to go above and beyond with their pranks. Most importantly, they placed this promo on their blog, which is out of harm’s way for those who are actually booking flights.

Where Google Mic went wrong: Their customer base is massive, and their gag got a chuckle from too small of a percentage of their overall audience. Their prank should have been better tailored to the masses that use their tools.

We still love you, Google, and we’re glad to see you make mistakes, just like any other business. What’s important is that we learn from these mistakes going forward, especially the next time we plan to test our audience’s funny bone.

Alex Slack is a Project Manager and Content Creator. Her magic formula for marketing success is summarized by the 3Cs: communication, creativity, and care. She will help manage your project from the initial brainstorm session, to the height of your campaign and beyond. Let Alex guide you and help simplify this crazy world of digital marketing!